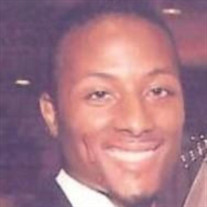 Timothy A. Payne, lovingly referred to as Allen, Al, Tim, Timmy, passed away on the morning of June 28, 2021. He’d resided in the Dallas, Texas area since 2011. Born on December 2nd to Cynthia and Glendale Payne, he was raised by Kenneth Jamison and Cynthia Payne in Taylor, MI. He graduated in the class of 1988 from John F. Kennedy High School in Taylor, MI. His interests included drafting and machinery and at the age of 14, Tim managed to rebuild his first of many car engines. Tim would become a master at fixing things – a skill he learned through self-exploration and an associate’s degree from the Devry University in Wylie, Texas. Tim shared his love for tinkering and building with his dear friends, Ronnie Goggins and Touney ‘T.C.’ Crowe and they remained close friends. Tim lived in Las Vegas, NV while he was looking after his mother and older brother, Deshawn “Dennis” Haralson. While in Las Vegas he would learn the trade of plumbing and drafting and become an expert pipefitter and even studied to become an engineer when Plumbers Local 98 sent him for official training and hired him to work on many new construction residential and commercial projects. He worked for John E. Green Construction in Michigan and also T.D. Industries in Texas. In addition to his love for all things mechanical, Tim enjoyed riding and working on motorcycles. His son, Jeremy Payne, was born in 1995 in Chicago, IL. Jeremy’s favorite color is blue just like his dad and his best memories are when the two of them would work on projects together. Tim, an avid teacher of his skills, shared his passion with his son every chance he had. Tim married the love of his life, Natalie J. Foster, of Minneapolis, MN and he told his mother on their wedding day that God made Natalie especially for him. Together Tim and Natalie would have many adventures including their wedding in Las Vegas, NV on September 21, 2001 and then, in 2006, they purchased a 20-acre dream property in Isanti, MN. There the couple had a horse stable, full workshop and a garage for Tim to pursue his love of fixing things. They enjoyed attending auctions and working on the farm together. Tim loved every animal he ever encountered but was especially fond of their dogs. Most recently, he was the proud owner of a two-year-old boxer, Lilly, and a rambunctious cat aptly named, Dart. Tim and Natalie lived in Detroit, MI, Fridley, MN, Isanti, MN and Hutchins, TX before finally settling on two acres in Tennessee Colony, TX. It was in Tennessee Colony where a slower pace would suit them. Sadly, upon moving in, an explosion and subsequent fire destroyed their home. Tim always marched to the beat of his own drum and he wasn’t ever one to follow the crowd. He was a beloved brother-in-law and uncle to his nephews, David Justice, Jr. and Mason Briscoe. They remember with fondness his gentle, good-natured way with them. Tim referred to both of them as his “little buddies” and always made time for their shared mechanical pursuits. Tim’s passion for fixing things meant he was often able to repair and resell things that others might deem unusable. This skill led he and Natalie to start an online store in 2018, Natty’s House, where they sold refurbished goods like computers, machinery, and other wares. Tim’s intelligence, strength, stoic nature, and enduring loyalty to his family and loved ones will remain the attributes he is most remembered for. Tim was preceded in death by his father and grandparents. He is survived by his wife, Natalie J. Payne, his son Jeremy Payne, his mother, Cynthia Payne, his brother, Dennis Haralson, and a host of other family members and dear friends. He will rest in peace at Woodmere Cemetery in Detroit, MI. Mr. Timothy Payne made his transition on June 28, 2021. Please encourage the Payne family with words of love and condolence on our Tribute page.

Timothy A. Payne, lovingly referred to as Allen, Al, Tim, Timmy, passed away on the morning of June 28, 2021. He&#8217;d resided in the Dallas, Texas area since 2011. Born on December 2nd to Cynthia and Glendale Payne, he was raised by Kenneth... View Obituary & Service Information

The family of Timothy Allen Payne created this Life Tributes page to make it easy to share your memories.

Send flowers to the Payne family.