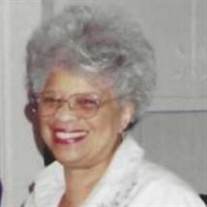 Books were her life. Everyone assumed that June Clarice Noble, a librarian who’d retired after 30-plus years with Detroit Public Schools, knew it all. “People always think I have all the answers because I'm a librarian,” she’d say often. “Librarians know how to look things up." The eldest of three children, June was born, of course, in June to Oscar David Noble and Lila Mae Noble in Flint, Mich., on the 17th in 1934. June was educated in the Detroit Public School System, attending Doty Elementary, Hutchinson Middle and Cass Technical High School before graduating a year early from Central High School (Class of '51). She continued her education at Highland Park Junior College (Highland Park Community College). Approximately two years later enrolled at Wayne State University where she received an undergraduate degree in Elementary Education. She also received her Master's degree in Elementary Education and another Master's degree in Library Science It was during this time in 1957 that she met Edward Sutton, from Wilmington, N.C., and two years later they were married. Ten years later they welcomed their only son, Mark. June worked for the Detroit Public School System for more than 30 years. Beginning at Ferry Elementary School, she became active with the Detroit Federation of Teachers to help the union secure better working conditions and wages. June moved on to Herman Elementary, where her impact even outside of the classroom was so significant that she developed a bond with a student who became a lifelong family friend. June also worked at Cooley High School for most of the '80s and '90s. When June was initiated in the Detroit Alumnae Chapter of Delta Sigma Theta Sorority, Inc., in 1984, she used her platform to serve Detroit's homeless. She went back to her first love after retiring from the Detroit Public School system, helping to restore a public library in Royal Oak Township. A passion for cooking never wavered, either. Though June had a vast cookbook collection this was the one time she didn’t need to read much. When she chose to she could make meals from scratch and was proud of it. An active member of Presentation Our Lady of Victory Catholic Church, June was involved in various parish committees, finding her greatest joy in its annual back-to-school program. A soft-spoken soul, June knew when to assert herself without being the loudest voice in the room. Her delivery could be as efficient as her dry wit. She didn’t just find answers. She asked the right questions. She listened. June loved to travel with family and friends, indulging in a great appreciation for the arts and her family's history. Genealogy piqued her interest late in life as June, forever in search of finding those elusive answers, purchased numerous books and magazines to help build her family tree. Her health declined. She wasn’t able to see it to completion. June was preceded in death by her parents, sister Elaine and nephew Gregory. She leaves to cherish her memory her husband Edward, son Mark, granddaughter Kathleen, brother David (Yvette) her nephew, David Jr., niece Deborah (Gregory), nieces Patrica (Kyle) Cynthia (Phillip), nephew Michael (Tarita). June also leaves a host of grand nieces and nephews, cousins and a multitude of friends.

Books were her life. Everyone assumed that June Clarice Noble, a librarian who&#8217;d retired after 30-plus years with Detroit Public Schools, knew it all. &#8220;People always think I have all the answers because I'm a librarian,&#8221;... View Obituary & Service Information

The family of June Clarice Sutton created this Life Tributes page to make it easy to share your memories.

Books were her life. Everyone assumed that June Clarice Noble,...

Send flowers to the Sutton family.